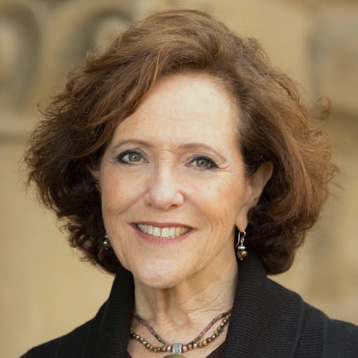 Hazel Rose Markus was born in London, England, and grew up in San Diego, California.  She completed her BS at California State University-San Diego and her Ph.D. at the University of Michigan.  She began her academic career at the University of Michigan, where she learned the importance of interdisciplinarity at the Institute for Social Research and demonstrated her intellectual breadth and her commitment to an inclusive science of psychology.  In 1994, she moved to Stanford University, where she serves as the Davis-Brack Professor in the Behavioral Science and Professor of Psychology.

Hazel’s creative and cutting edge research pushed the discipline forward time after time. Her dissertation made a compelling argument for examining self-views as cognitive structures, and it showed how self-schemas direct attention, shape memory, and guide behavior. With Paula Nurius, Daphna Oyserman and Susan Cross, she developed the idea of possible selves—peoples’ ideas of what they might become, would like to become, and are afraid of becoming.

In collaboration with Shinobu Kitayama, she then transformed the field again when she articulated East Asian conceptions of the individual as embedded in relationships, and how this interdependent self-construal which differs from the more independent self-construal that is the default in Western psychology can lead to cultural variation in cognition, emotion, motivation, and action.  This theoretical advancement led to breakthroughs in research and theory on motivation, agency, emotion, and health. Hazel and her colleagues have not only expanded the ways that self is conceptualized, but they have also addressed how diverse social and cultural contexts (social class, gender, ethnicity, race, religion, occupation, and national or regional origin) shape cognition, agency, decision-making, and preferences.  In the book, Clash! How to Thrive in a Multicultural World with Alana Conner, she has conceptualized cultures as multilayered cycles of individuals, interactions, institutions, and ideas, and conceptualized people as culturally-shaped shapers.

Hazel has also explored concepts of race, ethnicity, diversity, colorblindness and multiculturalism. With literary scholar Paula Moya, in the book Doing Race, she has theorized that race is not something that people or groups have, or are, but rather a set of actions that people individually and collectively do. She has examined both the pride and prejudice consequences of racial identities, and the role of narratives and practices of colorblindness and multiculturalism.

Throughout Hazel’s long career, she has been an advocate and mentor for graduate students, post-doctoral scholars, and junior faculty, especially for those often overlooked or underrepresented in the academy.  She has mentored and promoted the careers of many women, students from non-Western societies, and members of under-represented U.S. ethnic groups. Her rich legacy endures through the many ways those scholars in turn bring new perspectives to the study of human behavior in social, cultural, class, work, and gender contexts.

Hazel’s commitment to being a social scientist who serves society is reflected in her work as the Co-Director of the Stanford “do tank,” Social Psychology Addressing Real-world Questions (SPARQ). SPARQ translates the insights of social psychology into accessible tools and strategies to address issues of injustice and inequity in critically important life contexts.