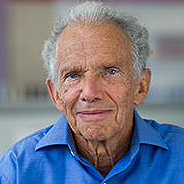 Joel Cooper, Professor of Psychology at Princeton University, received his bachelor’s degree from the City College of New York in 1965.  A class taught by Barbara Dohrenwend inspired a love of social psychology, which took him to Duke University, where he worked with Edward E. Jones.  He received his doctoral degree from Duke in 1969 and was immediately hired by Princeton University. Joel’s scholarship and interests led him to be appointed as a Lady Davis Fellow at Hebrew University in Jerusalem, a Visiting Distinguished Professor at the University of Queensland in Brisbane, Australia, and a Senior Fellow at the East-West Center in Hawaii, as well a visiting professor at University College London, and Auckland University.  Apart from these visiting appointments, Joel spent his entire academic career at Princeton, where he chaired the Psychology Department from 1985-1992.

In addition to hundreds of journal articles, Joel has co-authored or co-edited nine books, including the The Science of Attitudes (2016) with Shane Blackman and Kyle Keller, and the Sage Handbook of Social Psychology (2003) with Michael Hogg.  A new co-edited book with Joe Avery, Bias in the Law:  A Definitive Look at Racial Prejudice in the U.S. Criminal Justice System, is due out next year.

Joel has made career-long contributions to our understanding of the processes and consequences of cognitive dissonance, a concept foundational to psychology.  His theoretical and empirical work clarified the conditions under which cognitive dissonance is aroused, the mechanisms underlying the experience of dissonance, and the processes by which dissonance can result in attitude change. He linked his theoretical perspective regarding dissonance as a state of arousal that occurs when a person accepts personal responsibility for having produced an unwanted consequence to important questions concerning foreseeability, self-affirmation, and the standards by which we judge ourselves and our actions. More recently, in forging a link with the literature on social identity, he demonstrated that dissonance can be experienced vicariously, simply as a consequence of observing the counterattitudinal behavior of a person with whom one shares a valued identity.