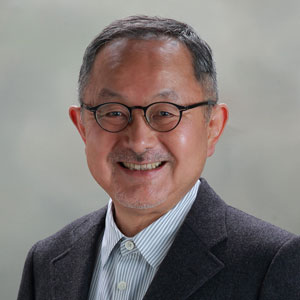 Shinobu Kitayama grew up in the coastal city of Yaizu, Shizuoka, Japan. He attended Kyoto University and finished his B.A. and M.A. He studied social psychology and enjoyed interpreting his and his friends' behaviors by using newly learned terminologies of attribution and dissonance. Gradually, however, he became curious that nearly all names that appeared in his psychology textbooks sounded Western: Why is it that very few non-Western names appeared in these books? Is psychology so completely under-developed in Japan or elsewhere outside Western regions? This single question motivated him to go to the United States. He had the fortune of meeting up with Alvin Zander, an authoritative expert in Group Dynamics. Zander mentored him and prepared him for U.S. graduate schools. Within a year or so, Shinobu obtained a Fulbright and got admitted into Michigan's social psychology Ph.D. program.

At Michigan, he studied with Gene Burnstein. Hazel Markus, Nancy Cantor, and Bob Zajonc were on his prelim or dissertation committee or both. During that time, Hazel and Shinobu had numerous conversations about cultural differences. Why do Americans ask each other’s psychological states (e.g., How are you doing?) when they meet each other in the morning? Conversely, why is it that Japanese ask about the day's weather to greet each other (e.g., Isn’t it a nice day)? These conversations paved the way toward a long-term collaborative effort in the research on culture and the self. Meanwhile, Shinobu continued his work on affect and cognition, influenced by Bob Zajonc's seminal work. He finished his Ph.D. in 1987.

He almost chose to go back to Japan to take a position. But when he started to receive phone calls from several U.S. schools for job interviews, he decided to take the chance and stay in the U.S. His first job was at the University of Oregon. Mick and Mary Rothbart, Mike Posner, Lew Goldberg, and Paul Slovic were among the people who provided support and guidance in his formative years as a faculty member in an American institution. During the period, the collaborative work with Hazel on culture and the self began to take a concrete shape. Their theoretical perspective appeared in Psychological Review in 1991. Although he spent only five years in Oregon, these years gave him much-needed professional experiences in the U.S. They transformed him from someone who barely understood spoken English to someone who could act as a scholar of a sort with confidence. With this newly acquired confidence (or what some might have called the over-confidence), Shinobu took a faculty position at his alma mater, Kyoto University. It was 1993. The subsequent ten years proved transformative in yet another way. The reentry to Japanese culture proved quite challenging. The confidence he acquired in Oregon did not help much. If anything, it made it harder for him to fit in. This cultural mismatch was there even though he did have some excellent students back then, including Taka Masuda, Keiko Ishii, Yuri Miyamoto, and Yukiko Uchida. He enjoyed researching in Japan about Japanese people immensely in part because of them. Nevertheless, after five years in Kyoto, he decided to move back to the U.S. After five more years, he found an opportunity in Michigan.

He took a position in Michigan in 2003 and has stayed there since then. Currently, he is the Robert B. Zajonc Collegiate Professor of Psychology. He has studied cultural psychology. He pioneered a new field of cultural neuroscience. He has recently studied how  interdependence might take different forms outside of East Asia by looking at Latin America, Arab regions, and India, among others. This work (which he calls the globalization project) has finally begun to illuminate why psychology textbooks were loaded with Western names. Psychology was and still is parochial and Western. It needs to globalize.

Shinobu was fortunate to have opportunities to spend a year at the Center for the Advanced Study in Behavioral Sciences twice in 1995-1996 and 2006-2007. These years were invaluable in sharpening the ideas and visions of cultural psychology and cultural neuroscience, respectively. He also was a residential fellow at Russell Sage Foundation in 2019-2020. This year was instrumental in shaping the ideas of the globalization project. He has also served the field in a few different ways. He was Editor-in-Chief of Personality and Social Psychological Bulletin in 2008-2012. Currently, he is Editor of the Journal of Personality and Social Psychology—Attitudes and Social Cognition (2017-). He is on the editorial board of the Annual Review of Psychology (2021-). He was the president of the Association for Psychological Science in 2020-2021. His honors include John Simon Guggenheim Fellowship (2011) and a distinguished achievement award for advancing cultural psychology (2017) and a career contribution award (2018), both from the Society for Personality and Social Psychology, and an Alexander von Humboldt Foundation Research Award (2019). He is also an elected fellow of the American Academy of Arts and Sciences (2012-). This coming year, he will receive the American Psychological Association’s Distinguished Scientific Contributions award (2022).

Shinobu Kitayama has shaped psychology in so many ways, from reviving and redefining cultural psychology, to founding the field of cultural neuroscience. Along the way, he has been elected President of APS and Editor of JPSP, among many other recognitions. I value his wisdom and his friendship, as do so many others.

Congratulations Shinobu! This word is richly deserved for your pioneering work on culture and the many insights you've had that have transformed our understanding of how individuals in society think, feel, and understand both themselves and others—the most essential topics in social psychology. Well deserved.

Although I was an agriculture major at Kyoto University, that by chance I took a course of social and cultural psychology on which Shinobu taught changed my life. That was the first time I realized the influence of culture and language on the mode of thought. Without him, I would not have been fascinated by the intangible influence of culture as a person and as a psychologist. It is an honor that I have been working with such a brilliant and passionate researcher. Thank you very much Shinobu for your guidance.

If I had not met Shinobu (Kitayama-sensei in Japanese), my life would have been completely different. Shinobu has always had a researcher's mind, and it is not easy to meet someone who can think with such speed and depth. I was very fortunate to be able to learn many things directly from him when I was a graduate student. One of the important messages I received from him was, "Always have the data ready to write a paper, do a new experiment, and think about the next idea. If you can do these three things at the same time, you can be a good researcher.” I am truly proud to have been able to work with such a wonderful researcher/mentor.

Shinobu has been at the forefront of many ground-breaking ideas and creative methods in the field of cultural psychology. He has also put tremendous time and effort to direct attention to the role of culture in psychological processes in mainstream psychology and to internationalize our field through his work in several key roles as journal editor and APS past president, most recently. Most dear to me is his mentorship and support to students and newcomers to the field of cultural psychology from non-western contexts. I have had the privilege to be the recipient of his invaluable mentorship and support over many years and have had the opportunity to work with him on several research and writing projects. Shinobu has shaped the way many of us (critically) think about our field, research, and service. He truly deserves to be on the Heritage Wall of Fame as a small recognition of the immense impact he has made on psychological science.

Shinobu has transformed the field through his ground-breaking work in cultural psychology.  But he has also inspired and transformed the lives of many people, including his students.  If I had not happened to sit in Shinobu’s lecture in my freshman year in Kyoto and not been inspired by his research, my life would have been completely different.  Shinobu has taught us so many things, including things that are both directly and indirectly relevant to research.  When he was teaching in Kyoto, he often hosted a party and taught his students the importance of not only learning skills and recipes to cook, but also adding our unique taste so that we can tell our own stories about the dishes.  For someone with an interdependent mindset, it was an eye-opening (and challenging) lesson to develop and tell our own stories.  Thank you, Shinobu, for guiding us and transforming our lives forever!

I had dreamt of working with Shinobu since my junior year in college. A few years ago, that dream came true, and was exactly as rewarding as I had imagined. Despite all his responsibilities, Shinobu prioritizes mentoring junior colleagues and helping them navigate the complexities of the field. He makes sure to open doors for emerging scholars, sharing opportunities, resources, and ideas. I have not met a more generous senior scholar than Shinobu.